How to Remix Your Content Marketing: A Lesson from Cardi B & Bruno Mars

The Gist: Bruno Mars & Cardi B took a 2-year-old piece of content and remixed it into a new hit song of the year. Here's what content marketers should take away from that about remixing and repurposing content.

table of contents
What Makes the Finesse Remix Amazing Marketing Inspo
And that has to do with two big factors:
Proof the Strategy Worked
What to Take Away from This Strategy

The Finesse remix might’ve come out over a year ago, but I still need to listen to it weekly. It just gets me in the right mood every time, without fail.

Yeah, you heard me.

I talked about this at my presentation for HubSpot’s INBOUND conference last September, and I still get emails from people there about this analogy, so I figured it was time to write about it.

Oh wait, but did I mention there’s a video version of this post?!

Now, where were we?

Like I said, this remix was a really, really smart content strategy. And to understand exactly how smooth it is, we need to look at the history of the song, the original version, and the business side of music.

But when we heard this one, we weren’t like, “Ugh, this again.”

No, when it came out, we were so excited to hear it. We were obsessed with it – that’s why it shot to the top of the charts SO FAST.

And that has to do with two big factors:

First, it’s different enough from the original, like all good remixing and repurposing.

Second, most of us weren’t super familiar with the original version of the song. It was what I like to call a hidden gem in Bruno’s library of content.

Finesse was first released on Bruno Mars’ 2016 album and it didn’t top the charts the way his other songs did. Not because the song was bad – it just wasn’t one of the songs that he released as a single and heavily promoted.

So two years later, after album had come and gone and he had a bunch of really popular singles from it, he had two choices.

He could call up Cardi B, one of the most popular music artists in the country at the time, who just so happened to be hardcore focusing on collaborations as a growth strategy (which is a convo for another post).

I am SO GLAD he chose the second option so I could dance my heart out (and I have!).

What makes the Finesse remix from Bruno Mars & Cardi B amazing marketing inspiration? @thatbberg broke it all down for us:

Just look at how well that turned out for them both: 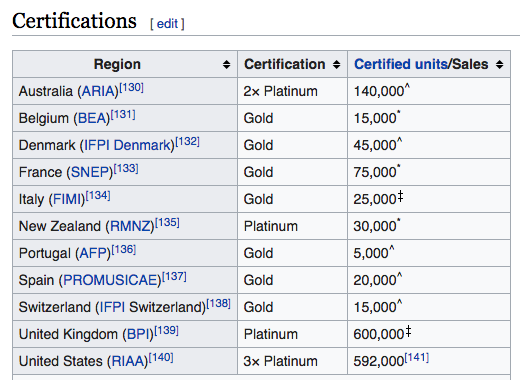 It set streaming records, was nominated for 5 VMAs, helped them both set charting records, etc.

Not to mention any money made from sales and streams of the single itself.

And here’s the kicker:

That song was so popular and such a great collaboration that it kicked off a whole joint tour between the two of them.

And fun fact about the music industry: touring is one of the *most* profitable income streams for music artists these days. (According to my partner, who’s an accountant and biz manager for the entertainment industry. He sees the receipts, friend!)

Bruno and Cardi are MAKING BANK off this single and everything it spawned.

And ALL OF IT started with remixing (aka repurposing) a 2-year-old piece of content!

What marketers can learn from Bruno Mars & Cardi B (who took a 2-year-old song and remixed into a new song of the year)?

What to Take Away from This Strategy

Finesse might be one of the most successful examples of this strategy in music, but it’s a common one.

Think of Ja Rule and J.Lo with the I’m Real Remix!

Aerosmith and Run DMC on Walk This Way!

It all proves that you don’t need to start from scratch to create content magic.

So the number one thing that you can do to improve your content marketing results is to start from scratch less and remix more.

Finesse your content. And if you’re interested in learning more about doing that, I have loads of resources for you to do so. 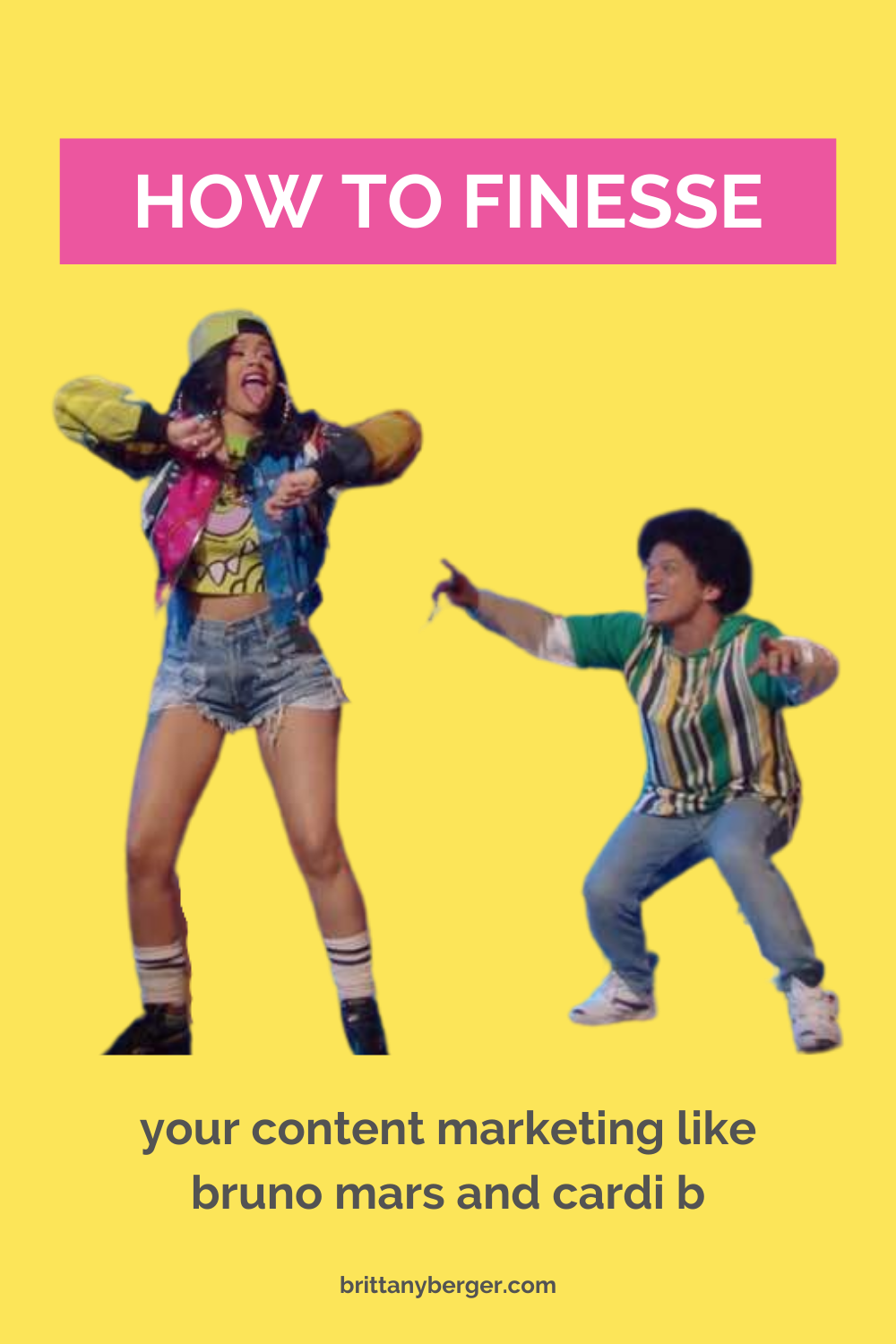