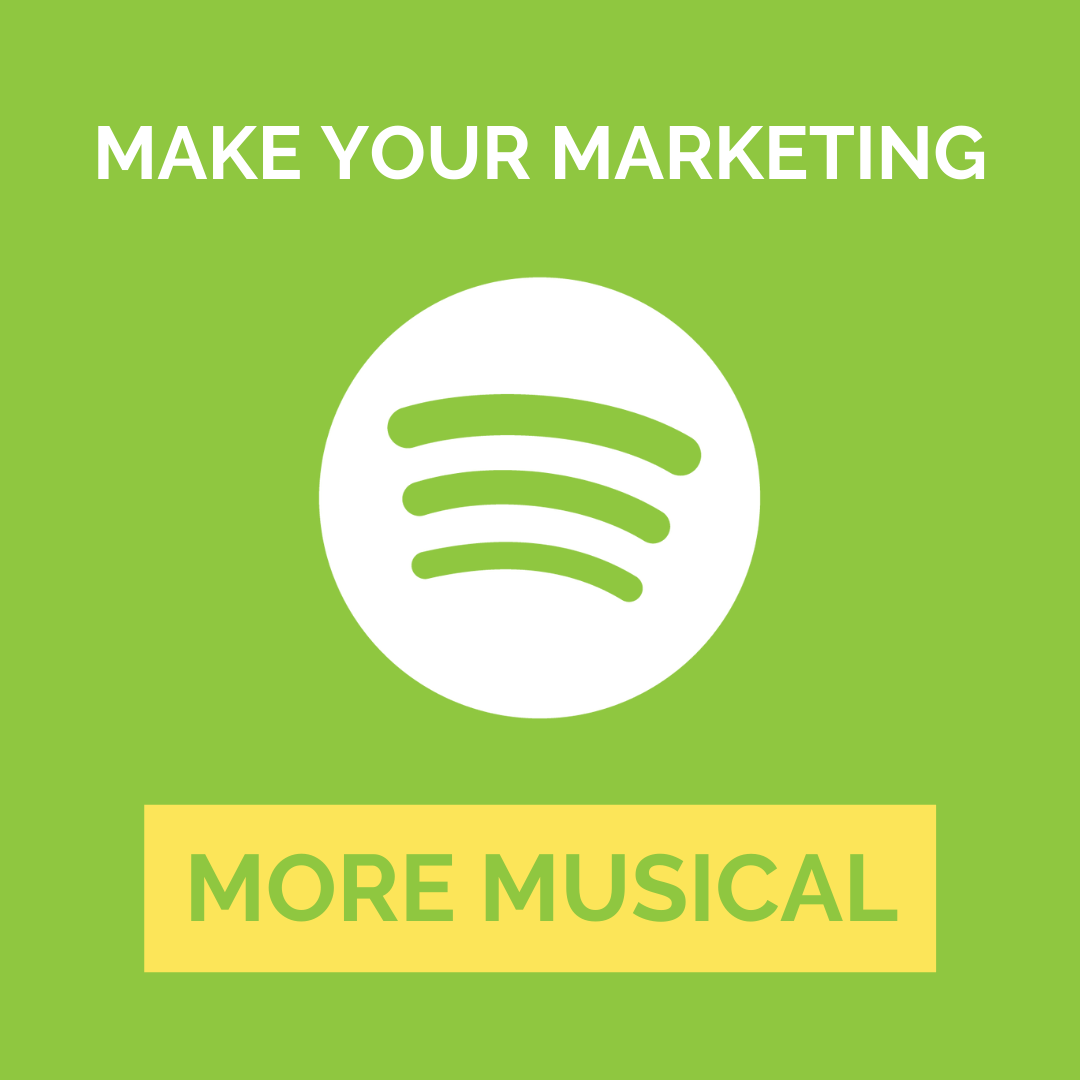 The Gist: Spotify, even playlists in general, can be a great marketing tool, especially when you enlist the help of your community! Here's how some brands are using music in their content marketing.

I can’t remember the last time I went a day without Spotify.

Without it, I wouldn’t be able to concentrate, I wouldn’t be as motivated working out, and would have to put up with commercials and songs I dislike while listening to the radio in the car (not acceptable!).

Over the past few months, I’ve been creating less of my own playlists and subscribing to more created by other users, thanks to Spotify Apps and ShareMyPlaylists.

As I’ve spent more time looking for great music, I’ve noticed such creative things being done with it.

Spotify, even playlists in general, can be a great marketing tool, especially when you enlist the help of your community!

Over the past year and a half, I’ve subscribed and unsubscribed to a lot of playlists created by brands, but these have remained in my sidebar:

Spotify, even playlists in general, can be a great marketing tool, especially when you enlist the help of your community!

What better way to launch a social music streaming service than by sharing a playlist? In their blog post announcing Spotify’s U.S. launch as a “soundtrack to your social life,” they celebrated the occasion with an America-themed playlist for its U.S. users.

The songs were chosen by Spotify employees and range from songs with America and U.S.A. in the title like “Kids in America” by Kim Wilde, to songs about certain cities like “Empire State of Mind.”

There are also songs in there that are less obviously related to America by artists like Bruce Springsteen (The Boss is pretty American) and Nicki Minaj (Superbass was wildly popular the summer of the launch).

Regardless of who you voted for in November, you have to admit that the President and his campaign staff have great taste in music. This playlist also has The Boss, so that was enough for me to subscribe to it.

There’s music for every mood and taste, from Jennifer Lopez to the Arcade Fire to James Taylor. By the way, I love all of those musicians almost as much as I love Bruce Springsteen. I love this playlist.

The Obama campaign has also shared other playlists as part of the campaign, such as songs submitted by Obama supporters. The account has even uploaded Michelle Obama’s workout playlist.

While I must say that I prefer more upbeat songs when I’m doing my cardio, there are still great songs and a great idea behind it.

Confession time: I love romance novels, especially the Crossfire Trilogy by Sylvia Day. And Sylvia Day knows exactly what her readers want on social media, from pictures of potential Gideon Cross actors to beautiful graphics of sneak peeks of the new books.

To promote the release of the second Crossfire book’s release, Sylvia and Penguin Books UK asked her Twitter followers for help with a Spotify playlist.

Crossfire readers tweeted them songs that reminded them of the book, of the characters’ relationships, etc. and they were all put together into one playlist!

What I love about this is that you see how differently people interpret the books.

Time for another confession: I started writing this blog post over a month ago.

But now I’m really glad I procrastinated, because I would have had to update it anyway. Because this is huge news: my homegirl Liz Lemon got married.

While Liz Lemon and Criss Chross may have had a low-key wedding, NBC/30 Rock went all out celebrating it on social media. I’m talking RSVPs on Tumblr, a registry on Pinterest, and a playlist on Spotify.

Beyonce is on there, of course, because Criss put a ring on it, and so are songs from the Annie and West Side Story soundtracks, because Liz Lemon is Liz Lemon. Unfortunately, ‘Night Cheese’ was not included, but ‘Night Moves’ was.

So how can other brands work music and playlists into their content marketing?

A few things come to mind:

So what are your favorite branded playlists?

P.S. – In the spirit of this post, I made a playlist out of the songs I listened to while writing this post! I hope you enjoy it, because I sure do!